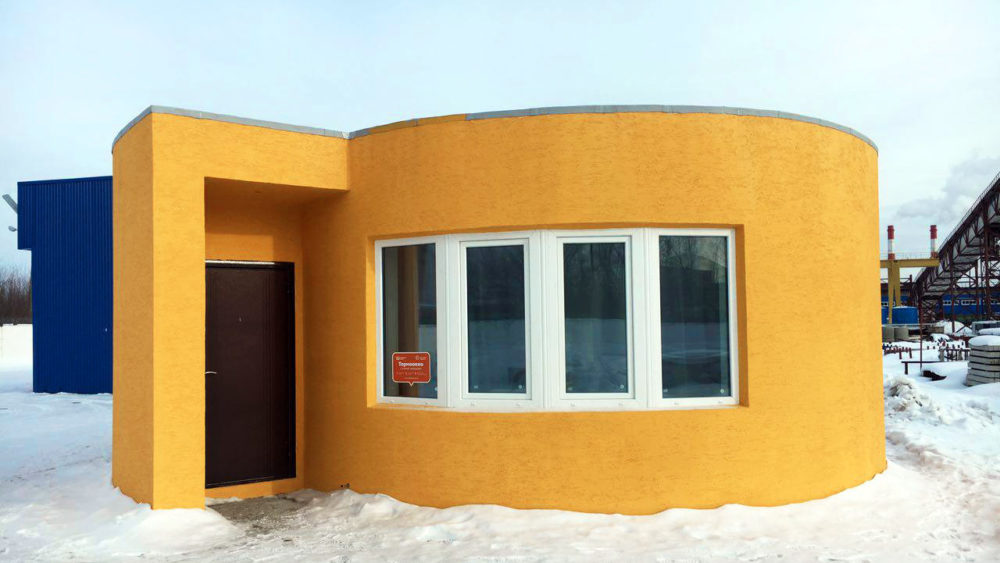 3D Printed Homes in Under 24 Hours

Since 2000, 3D printing as a construction tool has grown across the globe. Countries including China, Russia, Australia, and the Netherlands are big players in the 3D printing construction industry. The United States is also taking advantage of this technology with 3D printed buildings located in California, New York, Tennessee, and Texas. 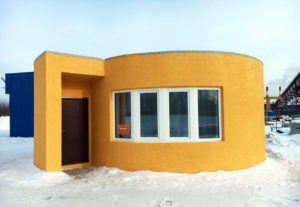 According to Apis Cor, a 3D printing construction company, building a home with a 3D printer takes approximately 24hrs to complete. Apis Cotr built homes in Russia and San Francisco. The process is a huge time saver compared to the 6 months+ traditional home building processes can take.

Researchers from Massachusetts Institute of Technology (MIT) created a prototype 3D printing robot that built a house in less then 14 hours. In tests, the 3D printer created a dome approximately 50 feet in diameter and 12 feet high.

The 3D printing system builds houses from the inside out. The machines consists of two robotic arms: the large industrial robotic arm reaches out during the printing process, and the smaller robotic arm uses different tools such as a welding system or a spray head. The spray head shoots out building materials like foam to create the home. This foam-insulation framework constructs a finished concrete structure.

Despite initial efforts for a self-sufficient 3D printing robotic system, 3D printers must be monitored for safety reasons. The main goal is to deploy the system in remote areas. 3D printing  construction will build homes for those in need in developing countries and disaster relief areas. 3D printed homes are durable and withstand harsh climates. It is a cheaper and quicker alternative to labor intensive construction.

MIT researchers plan to use 3D printing in areas such as Antarctica or the moon. Researchers hope to use local materials like ice or moon dust to build printed homes. Furthermore, NASA has plans to work with 3D printing for future colonies on Mars. The European Space Agency hired architect Norman Foster to create a 3D printed moon research base made from lunar soil.

On Site House Printed in Russia

In 2016, Apis Cor a San Francisco based company in corporation with PIK used a mobile 3d printer to print the first on site house. The construction of the home took only 24 hrs at the Apis Cor company ‘s test facility. Their facility is located in the town of Stupino on a aerated concrete factory.

At first, Apis Cor programmed the printed to construct a rounded house. The printer did this by applying layers of cement to form the shape of the house.

Throughout each layer, the printer left space that of which was reinforced with fiberglass reinforcements. To fill the gaps a polyurethane-based mixture was sprayed inside them.

While this house doesn’t look like your usual single-story house, the design was chosen to demonstrate the flexibility of the equipment and the diverse forms that it’s able to execute. Though it may look like the shape of the home has some restrictions, it doesn’t. The shape shows the potential in future architectural designs.

The house was built in December, which is the coldest time of year in Russia. While winter adds complexity to any construction process, this one had its challenges as well. As the concrete mixture used as ink can only withstand temperatures above 41 degrees and the equipment only being able to function properly if above -31 degrees. A tent was put in place to fix the issue at hand.

The roof of the structure is flat, to hold high levels of snow and durability requirements. The roofing carpet is made by LOGICROOF polymer membranes that is welded together with special equipment using hot air. The installation works at speeds up to 1000 square meters in a work shift and can be done in any weather conditions.

For the heat-insulation layer they applied solid plates on the basis of LOGICPIR hard polystyrene. Because of the low thermal conductivity of the material, thickness and weight of the roofing system is much smaller than traditional insulation materials. The roof will easily get rid of precipitation because of a special insulation PIR Slope used during the installation, its a ready made modular system that makes the main and rear slopes on the roof. What the roof is made of is very fire-safe and has extremely low flammability.

Rock wool ROKLIGHT thermo-acoustic insulating material was used for as an overlap insulation. TechnoNICOL corporation chose two new ways of insulating: solid insulating material LOGICPIR for one part and liquid polyurethane composition for the other part. Technology doesn’t require fixtures and fills all voids of space between the bearing wall and the outer concrete wall thus avoiding the development of cold bridges. The materials used to build the house have some of the lowest thermal-conductivity among building materials, making it so the temperature inside the house is not greatly affected by the temperature outside. With better equipment in the future, they could insulate the houses while the 3D printer is creating it which would help build the house much faster.

For the finish on the house they used a mineral decorative plaster Reibeputz-KOROED from the manufacturer BITEX, the material highly permeable for vapor and clings very well to the wall, its great for interior and exterior finishing. The material consists of white cement, ball-shaped marble, and granite crumbs so it can be an additional insulator. They used a high quality, solid yellow paint from BITEX Egalisationsfarbe, its easy to apply and fills the cracks in the plaster so when the paint dries there are no visible cracks, the paint is also eco-friendly and weather resistant.

Once the printing and finishing process was done, the result of the house was no different than any other house. The house included characteristics that any other house has such as a kitchen, hallway, living room and bathroom.