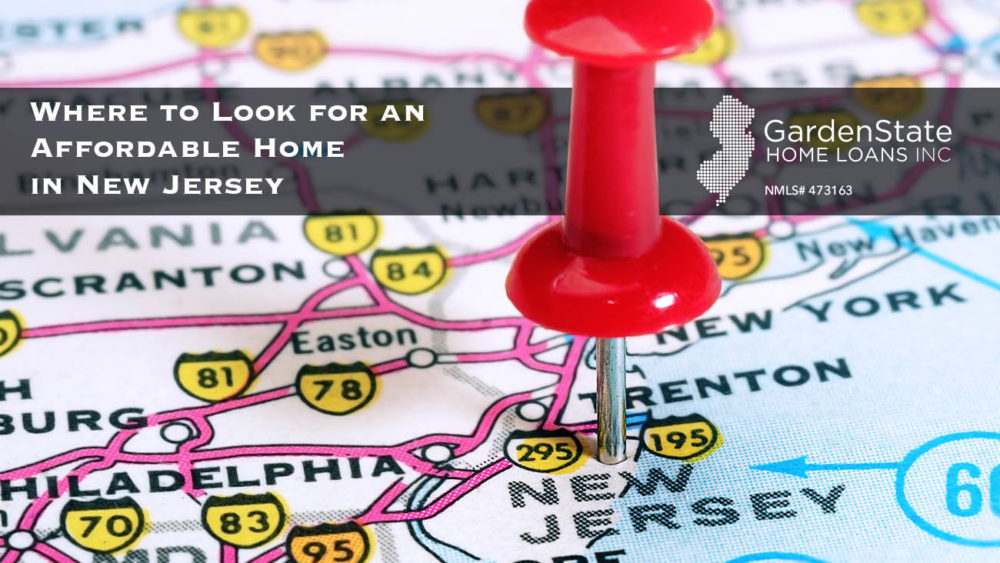 Where to Look for an Affordable Home in NJ

Affordable Areas to Buy a Home in NJ

Looking for an affordable home in the Garden State? Be sure to include these reasonably priced areas in your search:

Swedesboro is a small city located in southern New Jersey. Named by Swedish settlers, this city has a long and storied history. It has a strong transportation system with connections to Philadelphia, and a large public school system spanning multiple geographic areas. The median home listing price is $149,000.

Blackwood is a quaint New Jersey city with a vibrant historic district. There are plenty of museums, churches, and historical sites for enthusiasts and tourists alike. If you’re a history buff, this just might be the place for you. The median home listing price in Blackwood is $149,192.

Located in south-central New Jersey, Stratford is a small borough with a population of just over 7,000 people. It has a strong transportation system and infrastructure, as well as a well-supported public education system. Stratford is also home to Rowan University’s School of Osteopathic Medicine. The median home listing price in Stratford is $165,000.

Gloucester Township was formed in 1695, and has played a formative role in American history ever since. It was especially critical during the American Revolution, when it housed George Washington at a small hospital. The median home listing price is $165,900.

Paterson is the third most populous city in New Jersey, with a population of about 146,199 people. It has many beautiful sights, most namely the Great Falls of the Passaic River. Additionally, Paterson has an impressive parks and recreation system with many relaxing spots available to the public. The median home listing price is $169,056.