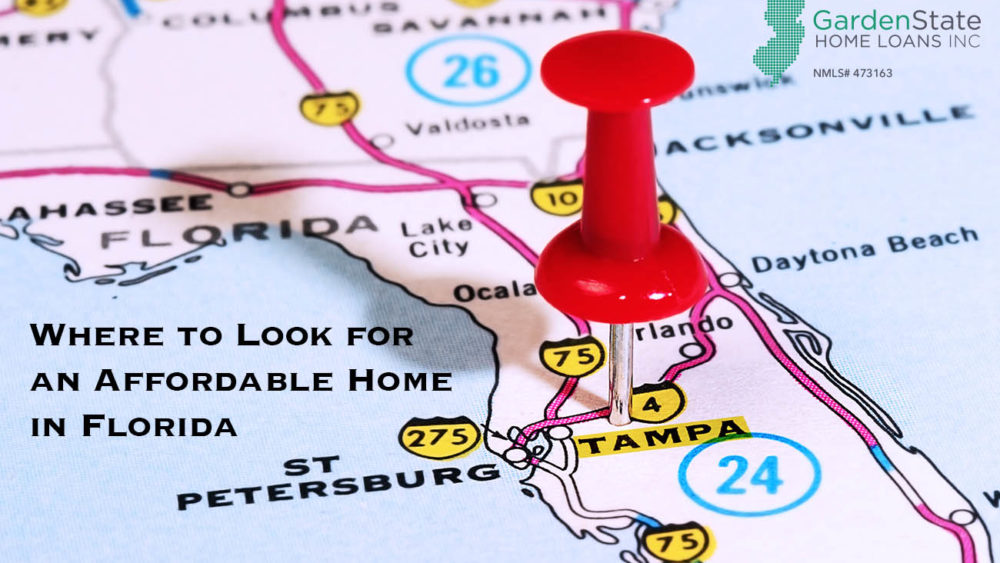 Where to Look for an Affordable Home in FL

The Sunshine state is a great place to vacation, but did you know that there are many affordable ways to live there too?

Here are a few of the more affordable cities in Florida for buying a home:

Ocala is a small city in northern Florida with vibrant styles of home and a lively historical district. It has many festivals throughout the year, including its Pumpkin Run and Fall Festival. Ocala has a strong public school district (which is the top employer in the city) and a well-supported library system. The median home-listing price in Ocala is $137,900. Fun fact: Ocala and Pisa, Italy are sister cities.

Named after Valparaiso, Indiana, this Florida city is located on the panhandle, two hours west of Tallahassee. Valparaiso has its own airport and consistently great weather, with little rain spread throughout the year. The median listing price for a home in Valparaiso is $169,100.

Palm Bay attracts large amounts of tourism, and is one of Florida’s most popular cities for that industry. Many major roads run through Palm Bay, from US Route 1 to I-95. Palm Bay boasts a strong economy, supported not only by its tourism but also by its vibrant and growing tech sector. The median listing price for a home in Palm Bay is $169,900.

Edgewater, nicknamed the “Hospitality City,” is a quaint town located in northern Florida. It has strong local businesses in the paint, boat, and construction industries. This flourishing community has countless community eateries with great local food. The median listing price in Edgewater is $179,900.

The “City of Five Flags,” Pensacola has a rich history and has played many contrasting roles in US history. Having been owned by Spain, France, Britain, The United States, and the Confederacy, Pensacola has seen it all. Today, Pensacola is home to many military bases, including the Naval Air Station, where the Blue Angels are stationed. Additionally, this city has festivals year-round celebrating the arts and culture. The median listing price for a home in Pensacola is $179,900.