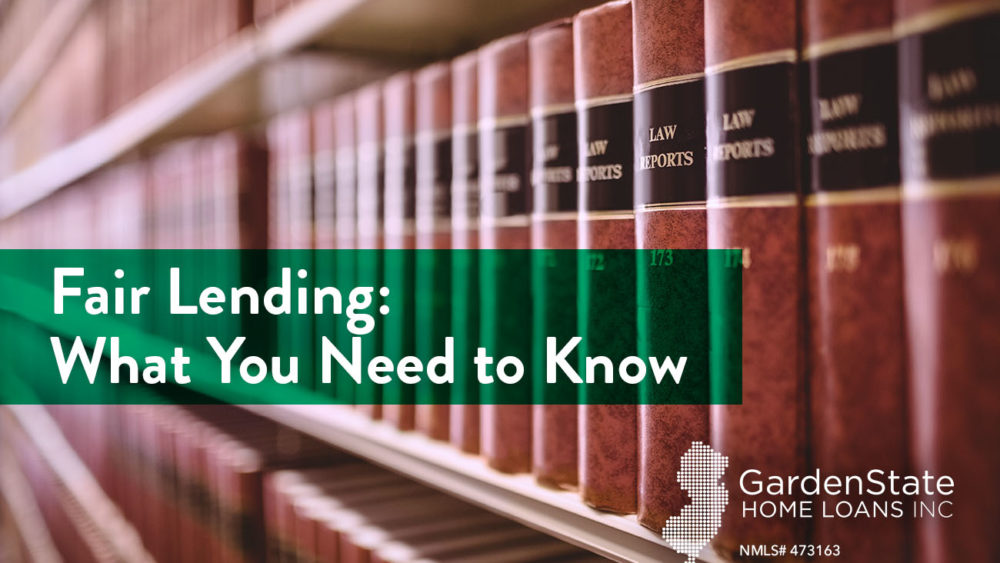 Fair Lending: What You Need to Know

The 1960s were a turbulent time, but they also saw the passage of many landmark pieces on legislation in the US. One of these laws was the Fair Housing Act of 1968. This law prohibits discrimination in the areas of housing purchase, rental, and financing. From this law, the idea and practice of fair lending emerged. What is fair lending, and how might it affect you? Let’s break it down:

Fair lending is the practice of prohibiting discrimination in the mortgage industry. Because of this provision, lenders are not allowed to discriminate against borrowers because of the following (as detailed by the Fair Housing Act):

This means that when a lender is evaluating a borrower, that lender cannot make any changes to the borrower’s application or loan offer because of the above factors. This also guards against maternity leave discrimination and disability discrimination – both of which have been reported more frequently in recent times. In the HUD’s annual report, it stated that 8,385 complaints were filed in 2016. 58.5% of these were on the basis of disability. In 2012, disability complaints made up 49.7% of total complaints filed, indicating an upward trend in the frequency of these kinds of complaints. For comparison, in 2012 complaints on the basis of race made up 29.5% of HUD’s total, whereas in 2016 these complaints made up 25.7% – a smaller difference than that between percentage of disability complaints filed, but a difference nonetheless.

There are many actions that the Fair Housing Act prohibits lenders from performing. These include outright refusing to lend to someone, offering someone less favorable loan terms (interest rate, down payment, etc.), or keeping information from the borrower, all because of one or more of the above characteristics. To return to the HUD‘s report, 69.9% of complaints filed in 2016 were because of discriminatory loan terms or conditions. Of the total 8,385 complaints filed, 8,342 moved forward and became cases, of which 44.3% were deemed as valid and resolved. The other 55.7% cases were either withdrawn or found to be baseless.

If you feel as though you may have been discriminated against when trying to secure financing, file a complaint with HUD. You can do so through the HUD’s website.