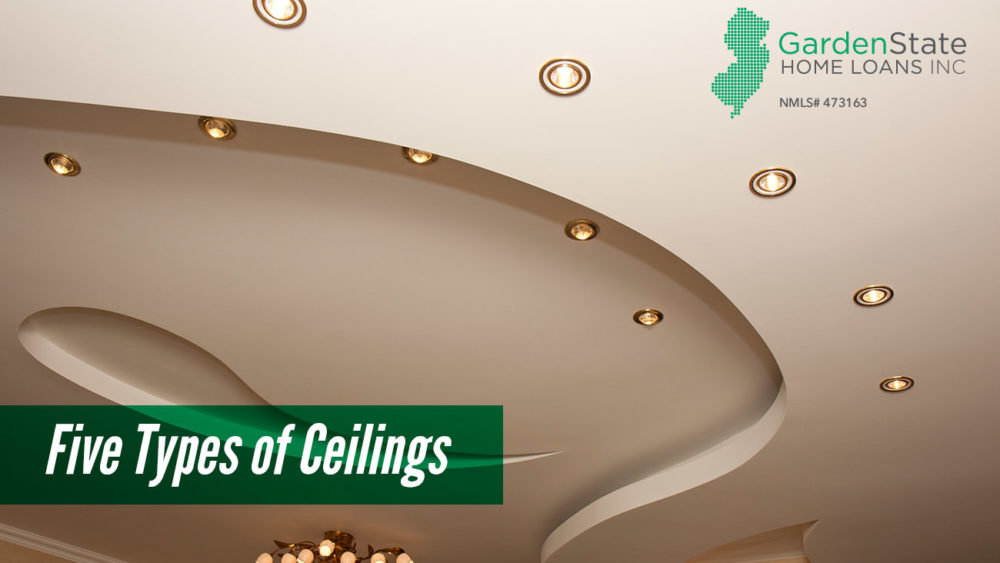 There are different designs for everything in your house, including your ceilings. If you are looking for a certain style house, these may help you find your perfect match. Here are five different types of ceilings.

The conventional ceiling is a standard in most homes. Essentially, it is a wall laid on its side and then covered with a plaster or drywall. There are easy to build and very functional. Conventional ceilings are typically eight feet high, though they can be up to ten feet. Higher ceilings make a room feel larger, but they cost more as you need non-standard construction materials to build them.

Cathedral ceilings are high ceilings that are attached directly to the roof trusses. As well as providing the home with an open and spacious feel, they also offer an interesting design to your room. Trusses need to wide enough, at least 12 inches, to have proper insulation and ventilation behind the ceiling. Additionally, because of the height, cathedral ceilings are difficult to paint and change any light fixtures.

These three types of ceilings are similar. They provide a transition between the walls of the room and the ceiling, adding a decorative element to the room and adding height to the room. A vaulted ceiling angles or arches away from the wall. A tray ceiling is supposed to resemble an upside-down tray. They are often characterized by a flat ceiling with the sides sloping in from the walls to join the ceiling. Finally, cove ceilings have round concave surfaces that connect the wall and ceiling.

Exposed ceilings are characterized by the beams, trusses, or system piping left out or exposed. These are often found in older homes. However, it is possible to use fabricated beams and attach them to the ceiling to get the same historic feel.