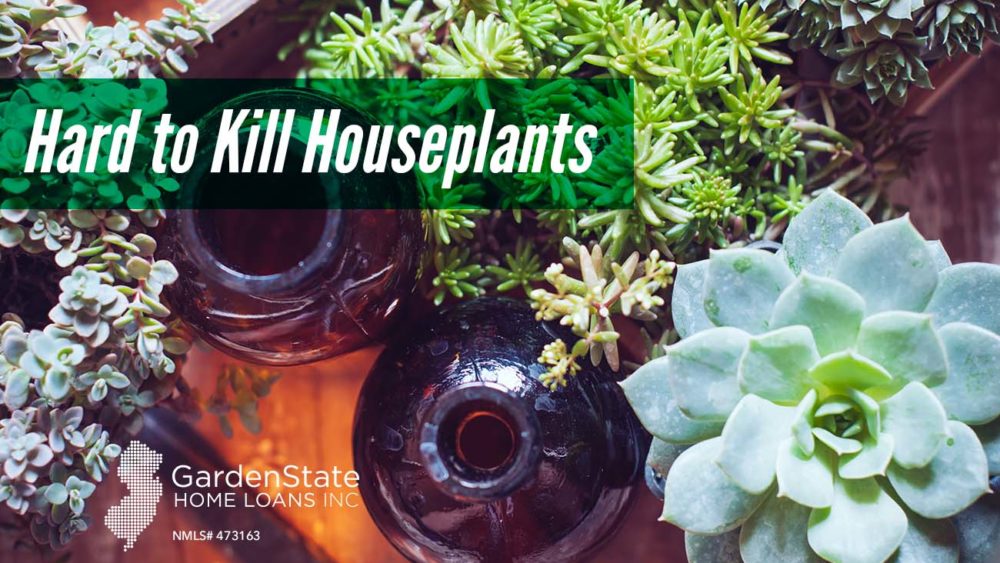 Not everyone has a green thumb. For many people, it’s hard to keep a plant alive that isn’t plastic. However, if you are not into the fake-plant look, here are eight hard to kill houseplants that may be right for you.

Aloe is best known for its soothing gel for cuts and burns, however, it’s also a great plant for those who don’t have a green thumb. As a succulent, aloe requires very little water. In fact, you should allow the plant’s soil to dry completely in between waterings. This could mean watering the plant as little as every two to three weeks. Aloe works best in bright, but indirect sunlight, especially in cooler temperatures. If you decide to use the aloe leaves, make sure not to remove more than a third of the plant at a time.

A rubber plant has leaves that change color depending on the plant’s exposure to light. It can feature leaves that darken to a deep burgundy with more light exposure and a green in low-light conditions. Like aloe, a rubber plant likes to dry out between waterings, so you may be only watering the plant once every couple of weeks.

A cast-iron plant can handle many different climate situations, including, low-light, high light, and extreme temperature changes. The plant is also slow-growing and drought-tolerant. A cast-iron plant grows in a clump and occasionally flowers indoors.

A snake plant is also known as the mother-in-law’s tongue or a ribbon plant. It is a succulent with thick, waxy leaves. They are long-lived and easy care houseplants. Only one or two waterings are necessary indoors during the winter and additionally need to be watered sparingly or it will rot. They are also tolerant of low light, love being pot bound, and don’t require a lot of attention.

A ZZ plant is another one that is great for those who don’t have a green thumb. It can tolerate both low light and watering neglect, making it perfect for those who forget to water their plants or are in an area with less sunlight.

A peace lily is one of the who low-light friendly plants that can keep flowers alive. The flower starts out white, and will gradually turn to a yellow or green as it ages. The plant is also great for improving air quality.

Spider plants are one of the most popular indoor plants. They are typically grown in hanging baskets and can grow to two to two and a half feet wide and two to three feet long. The roots of the plant tend to fill a pot, so repotting may be necessary for these. Spider plants also grow babies often. When the dangling babies start to form roots, you can cut them off and plant them on your own.

A Chinese evergreen can easily adapt to most room temperatures and is extremely forgiving. That being said, the plant doesn’t like drafts or prolonged exposure to temperatures below 60 degrees Fahrenheit. It prefers low or indirect sunlight. When watering, allow a few days between waterings for the soil to remain dry.