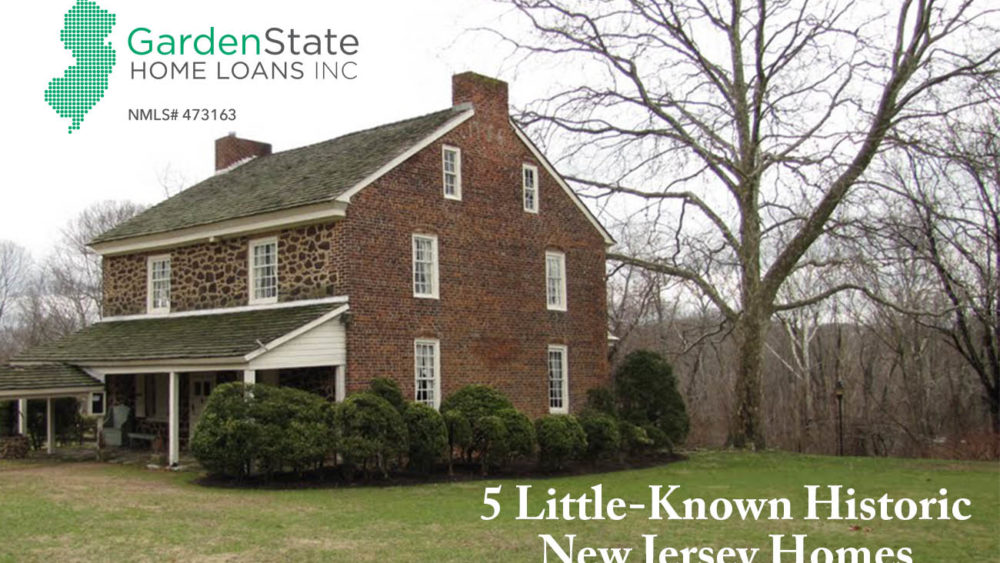 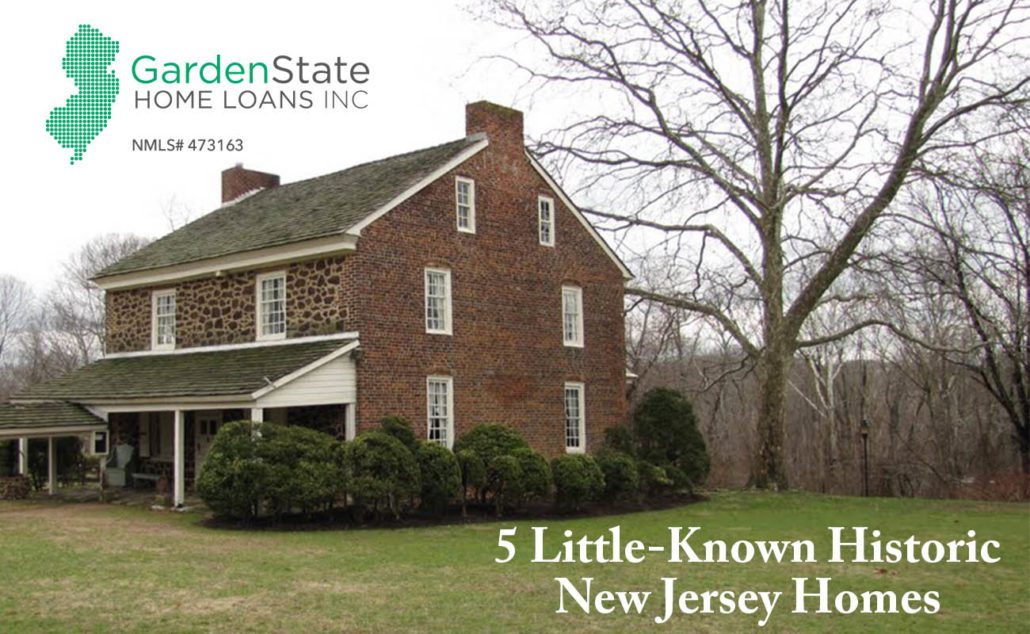 Our state has a long and rich history, so it comes as no surprise how conveniently one can find historic homes in NJ. But while history buffs may travel to see George Washington’s headquarters at Ford’s Mansion, and millennials may schlep to Seaside Heights to take pictures of the Jersey Shore house, a majority of the Garden State’s historic homes remain obscure footnotes in New Jersey history.

In 1748, James and Ann Whitall built their eponymous house on their 400-acre property in present-day National Park. American militiamen came to the Whitall estate and began constructing a fort on the property against the family’s wishes— effectively destroying James’s prized apple orchard in April of 1777. In October of that same year, Hessian forces led by Carl von Donop attacked the newly-constructed Fort Mercer during the British campaign to take Philadelphia. The militia decisively defeated the Hessians, and Ann, being a devout Quaker, turned her house into a hospital to treat wounded on both sides. Donop himself was among the casualties and was brought to the house, where he soon succumbed to his wounds. Today, the house, now a museum, sits on a preserved portion of the property, known as Red Bank Battlefield Park.

In 1766, Charles Read founded an ironworks along the Batsto River, an ideal location due to the abundance of bog ore in the area. The surrounding village, situated deep in the Pine Barrens, became a prominent iron-making community, manufacturing supplies for the Continental Army during the American Revolution. During the mid-19th century, however, iron production experienced a steep decline, and Batsto’s population soon followed suit. Shortly after, in 1876, businessman Joseph Wharton, founder of the Wharton School, took interest in Batsto. Hoping to sell clean water from the Pine Barrens in Philadelphia, Wharton rushed to buy land in and around the village. After his business venture failed, he converted the small 18th century home into an Italian-style mansion for his own personal use. Wharton would retire to the secluded mansion when he needed a holiday from the loud, bustling streets of Philadelphia. Today, the village and mansion are open to the public for tours.

Built around 1640, the C.A. Nothnagle Log House is the oldest surviving log cabin in America, and, possibly, the oldest surviving wooden structure in the entire western hemisphere. The older portion of the cabin, measuring 16 feet by 22 feet, was originally used for meat-cutting and making dairy products, while a later addition was added to serve as a home. Presently, the cabin is privately owned, but tours of the home are still available by appointment.

The Hancock House was built in 1734 on property purchased by William Hancock more than half a century prior. The Hancocks were a prominent family in the Salem area, with members serving in the Colonial Assembly and local courts. They also happened to be devout Quakers and, therefore, pacifists. As a result, they tried to avoid the bloodshed of the American Revolution, but soon found that even their pacifism could not prevent violence and tragedy from striking their household. In March of 1778, American militiamen damaged Hancock’s Bridge— located approximately 100 yards from the house— in order to prevent the British from crossing Alloways Creek. Believing themselves safe from British advances, the militiamen spent the night of March 20th at the nearby Hancock House. The British, however, crossed the creek by boat downriver and marched to the house, where they proceeded to massacre the militiamen in their sleep. The house’s owner, the great-great nephew of William Hancock, was also fatally wounded in the attack. Public tours of the Hancock House are available throughout the week.

The Gabreil Davies Tavern House dates to 1756. Originally, the house acted as an inn for boatmen who shipped their goods up Big Timber Creek to Philadelphia. During the Revolution, it served as a refuge for American soldiers and was named a hospital by George Washington. Currently, the house offers tours on two Sundays each month and is rumored to be the location of several hauntings. For more New Jersey hauntings, here’s a list of some of the most haunted homes in the Garden State.

That is just five of the lesser known historic homes in NJ that are well worth a visit, and tell stories of the history of this nation and this state. Reach out to us today if you’re planning a move here to find out more about the great Garden State!