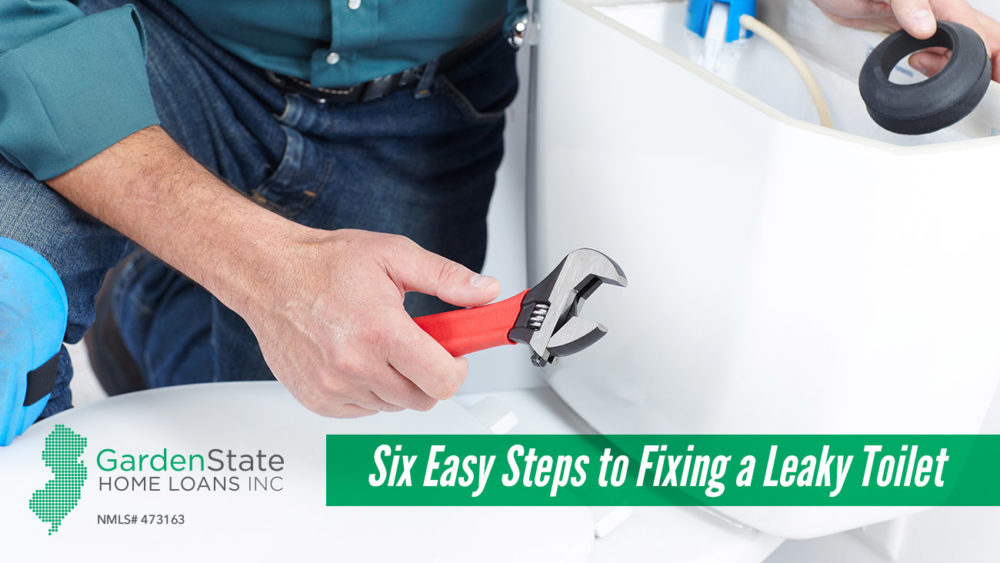 There’s no worse bathroom calamity than a leaking toilet. Luckily, fixing a toilet is easy and doesn’t require a visit from the handyman. Follow these six steps to get your toilet back to normal.

Step One: Inspect the float and inlet valve

To adjust the level of the float, use the screw at the top of the ballcock. Through this, you should be able to reduce the level the water rises to in the tank. If the adjustment doesn’t work, the issue may be with the float itself. Check to see if the float needs replacing. Oftentimes, there may be a hole in the float that’s causing it not to function properly. A new rod and float are easy to replace and only cost a few dollars.

Step Three: Turn off the water

If you test the inlet valve, as described in step one, and the water doesn’t stop, the problem is with the ballcock. Though it’s possible to repair a broken ballcock, it’s best to just replace the entire assembly. Turn off the water at the shutoff valve, flush the toilet, and hold down the handle. This should remove most of the water from the tank. Remove any remaining water with a sponge.

To start, remove the supply line that connects the base of the tank to the ballcock. Using slip-joint pliers, remove the nut securing the ballcock to the tank. Push up from the bottom to lift out the assembly. After the assembly is removed, drop the new ballcock into place. Thread a new nut from underneath the tank and tighten with your pliers. Be careful not to overtighten as you can crack the tank. Reattach the supply line and clip a new refill tube inside the tank. Turn the water back on at the shutoff.

If the water level in the tank is not rising above the overflow tube, but you still hear water leaking into the bowl, it is possible that the leak is occurring around the flapper. To test if this is the issue, turn the water off at the shutoff valve. If after 15 minutes the water in the tank drops significantly, the problem could be the flapper chain is too tight. This prevents the flapper from dropping all the way into the seat.

To start, drain the tank. Turn off the water at the shutoff valve, flush the toilet, and hold down the handle. Don’t worry if there is a little water left in the bottom of the tank. Take a clean cloth and wipe the flapper to look for any cracks or splits and make sure that it fits tightly against the seat. If the flapper is damaged or worn, pull it loose and replace it. All you have to do is put a matching flapper onto the hinges and the base of the overflow tube.