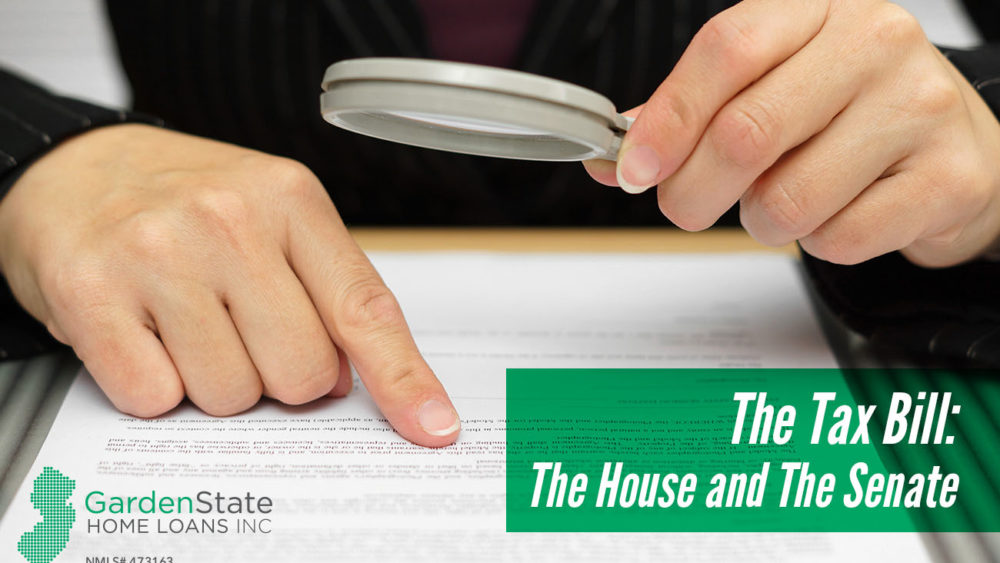 The Tax Bill: The House and The Senate

On November 16, 2017, the U.S. House of Representatives passed a version of the act. On December 1, 2017, the U.S. Senate passed its version of the Tax Bill. Both the House plan and the Senate plan are based on the Trump administration’s plan presented in September 2017.   There are differences between the plans passed.  The following is a summary highlight of how both proposals plan to change the standard deduction, income tax brackets, state and local taxes, and homeownership.

The Senate GOP plans also raises the standard deductions by nearly double. This would equate to $24,000 for married couples who file jointly and $12,000 for single filers. Additionally, the Senate plan does away with personal exemptions. These are now valued at $4,050 per person. Currently, as stated above, filers can take for themselves and any qualifying dependents, which is anyone who meets the IRS requirements for dependents.  Additionally, starting in 2018, the Senate plan offers an increased child tax credit of $2,000 per child. This tax break phases all taxpayers whose adjusted gross income exceeds $500,000.

The House plan reduces the number of tax brackets to four and lowers the rates of three brackets. The brackets that the House proposes are as follows:

The House plan eliminates most itemized tax deductions and continues to allow for a mortgage interest deduction of up to $500,000. The plan also eliminates deductions for interest payments on school loans, moving expenses, electric vehicles, or theft/loss of valuables. Additionally, the plan eliminates personal exemptions, meaning that families with many children would pay higher taxes despite the higher standard deduction.

The Senate plans to lower the rates to 10%, 12%, 22.5%, 25%, 32.5%, 35%, and 38.5% respectively. The Senate additionally plans to eliminate most itemized tax deductions and allows for a mortgage interest deduction of up to $1 million. Exemptions to this include charitable contributions, mortgage interest, property taxes, and retirement savings. The plan also calls for the elimination of state and tax deductions and deductions for interest payments on school loans, moving expenses, electric vehicles, and theft/loss of valuables. The Senate plan allows for a state property tax deduction of up to $10,000. However, the Senate plan allows for corporations, not small businesses, to deduct state and local taxes.

The Senate’s proposal does away with deductions to state income and sales taxes, as is stated in the House’s plan. Those living on the coasts, where there are high state and local taxes, are in a worse position with the Senate plan.

In terms of homeownership, the House plan proposes to slash the threshold on new mortgages to $500,000. Additionally, the House bill would eliminate the mortgage interest deduction for second homes.

The Senate bill proposed a new cap on property tax deductions at $10,000. Originally, the legislators wanted to scrap this tax break altogether. Particularly in New Jersey, residents will see this change, as New Jersey has the highest mean effective property tax rate. The Senate bill won’t take away mortgage interest deductibility. However, homeowners would no longer be able to deduct interest on home equity loans.

Whichever is passed, or a combination of the two if passed, should have a significant effect on an individual’s tax liability. Many people will pay less income tax and many will pay more depending on circumstances, income bracket and where they live.