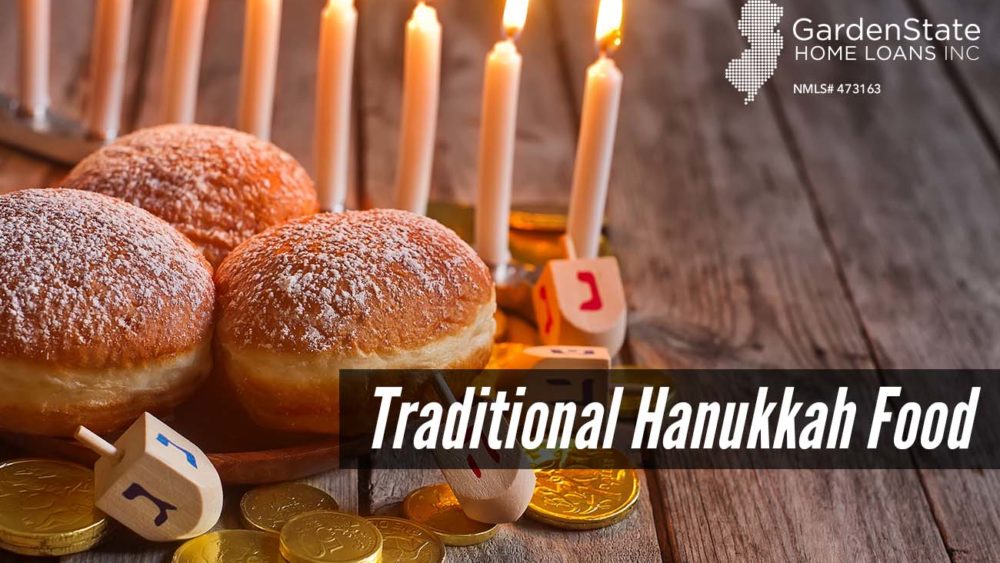 Hanukkah is a Jewish holiday that is celebrated for eight days and nights. Like many others, Hanukkah has foods that accompany the holiday. Here are some foods you should have on your table during Hanukkah.

Brisket is a slow-cooked cut of meat that is a Jewish staple. For an easy brisket recipe, mix together barbeque sauce, soy sauce, and water to make a marinade. Bake the roast at 300 degrees for a 3-pound roast. If your brisket weighs more, add on an extra hour for each additional pound of meat. Pair together with roast carrots for the perfect Hanukkah meal.

A matzah ball is a Jewish soup dumpling made from matzah meal, eggs, water, and a type of fat, typically oil, margarine, or chicken fat. The matzah ball is traditionally served with chicken soup.

Latkes, or potato pancakes, are a traditional Hanukkah staple. They can be used as a side dish or for the main event! Mix together shredded potatoes, onions, eggs, flour, and seasonings. Form the mixture into small pancakes and fry the pancakes in oil. Potato pancakes are traditionally served with applesauce or sour cream. If you want to go a little off the traditional path, try making latkes with sweet potatoes or adding extra ingredients to change up the flavor.

Challah is a traditional Jewish egg bread that is characterized by a braided design. If you’re strapped for time, you can use an instant yeast to speed up the rising process. Of course, you could always go to your local Jewish bakery and buy a loaf as well!

Noodle kugel can either be served as a side dish or a dessert. It is typically made with cottage cheese and creates a custardy texture as it bakes. Often, corn flakes or some sort of nut will be used to make a crunchy topping.

Rugelach is a traditional Jewish pastry made from flaky sheets of dough. The dough is traditionally filled with chocolate and cinnamon and rolled. They are then baked in the oven. Rugelach can be made with many different flavors and fillings.

Jelly doughnuts are traditionally eaten in Israel (and all around the world) around the time of Hanukkah. The doughnut is deep-fried, and then filled with jelly or custard, and topped off with powdered sugar.

Gelt is a traditional small gift given to children during Hanukkah. They are small coins made of chocolate.